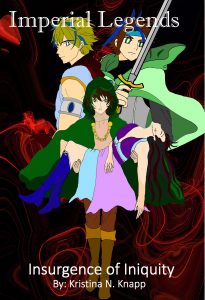 As the war between good and evil continues to press on while love triangles explode. Comrades turn on each other as the world of Kyūkyoku spirals out of control. An unforeseen evil will make themselves known as a forgotten evil resurfaces to claim what he once had. Alliances will be exposed while secrets are revealed. Kyūkyoku tailspins into a world of lies, deceit, and corruption as evil entities continue their dominance over the world.

As Lovers reunite and fight for all that is good in the world. To protect the one that she loves, the Kairoshino Priestess will risk everything. Joyful tears slowly turn into tears of pain as loved ones are lost during the battle between good and evil. Will the side of good be strong enough to vanquish the evil that has seeped into their world or will it be completely consumed by the malicious entity that once controlled Kyūkyoku?