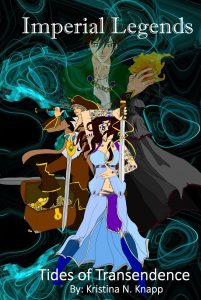 With the tides of fate shifting directions, the destiny of one young maiden has also begun a new path. The world in which we knew will be forever changed. Evil will permeate the hearts of the pure and push them to their breaking point to find answers. Even though the Imperial Wars are over, others still plot to seek control even after defeat, the countries in Kyūkyoku are still in danger of being over thrown by a man filled with the seed of lust controlling his heart.

Lives will be at stake as evil continued to seep into the world of Kyūkyoku. Courage will be tested. Hearts will struggle to endure while evil will mock justice.  Lovers will fight to reunite with one another. Surprises reveal true emotions and disappointments will expose honest characto9r Can good truly vanquish evil or will evil reign supreme?